What is Business Intelligence

This week I want to do something a little bit different. I’m heading off to another conference and I am on the road to Boston to attend the Target Markets conference. It is an insurance conference. I started thinking about the last conference, which was WSIA Insurtech. As I’m talking to people at these conferences, the same issue arises, and that is our common understanding of business intelligence. There’s been different definitions as I’ve understood them, at least through the years, and it generates confusion. It’s confusing even for those of us that operate in this area every single day. It’s difficult to get your head exactly what these terms mean. And of course, to communicate them in a way that everybody can understand what we’re talking about.

The goal of business intelligence is to ensure that everyone in the organization has the information they need to operate efficiently. That’s it. I don’t talk about tools. I don’t talk about technology, data warehousing methods, data visualizations, none of that stuff. It’s a business function, in my opinion. Now, let’s look at a few vendors and see how they define business intelligence.

I didn’t do deep research. I just took the top few results. The results that came up were from Microsoft, IBM, and Tableau. I also went to Wikipedia to see what Wikipedia had to say about business intelligence. I have to say, I’m not terribly impressed with that definition on Wikipedia. It’s also not terrible either.

One of the things that Wikipedia said, just on the side, they could have copied this directly from what I say, is that business intelligence is most effective when you combine both external data and internal data. So, where you take data that is helping you understand the environment that you’re operating in from an external perspective. It could be the physical environment, the competitive environment, or the financial environment. Then combine that with data that you have internally from your business applications. Those internal applications could be your operating systems, your ERP, your CRM, and so on. When you combine that together into one data solution that describes your business, that’s when business intelligence really moves to another level. So, let’s look at how a few of these vendors define business intelligence.

In the past, I’ve been critical, I must confess. I’ve gone to these sites in the past and wasn’t very impressed with how they define business intelligence. It’s like when you’re in business, you want to drive how people think about the thing that you’re offering. If you’re selling soda, then you want to be like Coke. When people use the term Coke to represent soda, and I get it, its marketing, we want that to happen.

When it comes to succeeding in an organization with business intelligence, there’s a different way of thinking about things. This time, I was impressed with some of the definitions that I found.

“Business intelligence, BI, helps organizations analyze historical and current data so they can quickly uncover actionable insights for making strategic decisions." And then they go on, "Business intelligence tools make this possible by processing large data sets across multiple sources and presenting findings in visual formats that are easy to understand and share."

I would say, the first sentence I agree. Business intelligence, I guess they left out, is a business function that helps organizations to analyze historical and current data, so they can quickly uncover actionable insights for making strategic decisions. I wouldn’t limit it to strategic decisions either. This is not only about the most strategic decisions that we’re talking about. This can be routine decisions that are made by individual contributors. It could be regional managers. It could be the highest-level executives in the company, in my opinion. But this is how Microsoft defines business intelligence. Not too bad. The problem is that they go straight into talking about tools in the second sentence. So, they say, “Business intelligence tools make this possible.” I am going to have to object to that.

If business intelligence is about ensuring everyone in your organization has the information, they need to make strategic decisions in Microsoft’s terms, why are we moving straight into tools? I’ve said this in the past, if you did this on notecards, you achieve a business intelligence function if you can deliver actionable insights, meaning the information people need to understand the environment that they’re operating in.

A little bit more about the Microsoft definition of business intelligence. I really like the next section because the heading here is “How Business Intelligence Works”. They break it down into four categories. For those of you that know me, this might ring a bell. Here are the four steps that they point out.

The next one I looked at was IBM. They have a page, as best I can tell, that’s part of their Cognos solution. Cognos is not the newest business intelligence tool on the market, but it’s still around.

We still have clients that use Cognos. Maybe the search engine was ahead of the game. It doesn’t really matter frankly which business intelligence tool you use, what matters is that you are using insights to make better decisions. If it’s Cognos, a tool that was developed… I don’t know, 10 years ago, 15 years ago, I don’t know when Cognos was developed, but it’s one of the earlier versions of BI tools.

They break down some of the pieces of the BI solutions like data warehousing and data marts (ETL). They talk about OLAP, and so on. Some of the same old things that pretty much everybody’s been doing for quite a long time. So, I would say if I was to grade this definition, I would avoid it. This to me is why there’s confusion here.

Again, if you are a tool vendor, you want people to associate the problem you’re trying to solve with your tool. I understand that. This is not a knock on the approach to sell a tool. Not at all. I understand what is happening. I just think that the industry would be better served if we can come up with a common definition of business intelligence that we all understand. I don’t think that definition is going to come from vendors.

However, as I just mentioned, the definition I got from the Microsoft site was not too far off. Let’s jump to the third vendor that showed up in my quick results. You can do this as well. Just go to your favorite search engine and type in, “What is business intelligence?” You’ll probably find these same definitions. Tableau has a page; it looks like it’s an article. I don’t know if it’s on their blog or what, but the heading is “Business Intelligence, what is it? How it works. It’s important, examples and tools.” Right there on the heading, I like it.

The reason I say that is because they are not co-mingling tools with business intelligence. This means that they have delineated the two, they’re not one and the same. Let’s move into what Tableau has to say. Tableau, by the way, was purchased by Salesforce. I don’t really track them as closely as I used to, but from what I can tell, it’s the same product as it’s ever been. It’s been progressing well. It’s very well-received. It’s one of the top business intelligence tools in the market today.

"Business intelligence combines business analytics, data mining, data visualizations, data tools, and infrastructure, and best practices to help organizations make more data-driven decisions. In practice, you know you've got modern business intelligence when you have a comprehensive view of your organization's data and use that data to drive change, eliminate inefficiencies, and quickly adapt to market supply changes."

I like it. I’d say that’s good, I have no objections. I skipped down a couple of paragraphs on their page, because it’s a repeat up above. When I skip down, there’s one paragraph that Tableau has written that I think is just awesome. I’m so happy to see this on a vendor website. Here’s what it says:

“Much more than a specific “thing,” Business intelligence is rather an umbrella term that covers the processes and methods of collecting, storing, and analyzing data from business operations or activities to optimize performance. All of these things come together to create a comprehensive view of a business, to help people make better actionable decisions. Over the past few years, business intelligence has evolved to include more processes and activities to help improve performance. These processes include…”and they list out some of the processes like data mining, reporting, performance metrics, benchmarking, descriptive analytics, querying and so on and so on.

I love this part, “Much more than a specific “thing,”” with thing being in quotes. “Business intelligence is rather an umbrella term that covers the processes and methods of collecting, storing, and analyzing data from business operations or activities,” and then the most important part here, “to optimize performance.” The optimized performance piece is critical.

It’s saying that this is the goal. This whole thing here, thing being the term that Tableau used, it’s not a thing. It is a process. And in their terms, it’s a process and method. In my terms, it is a business function to ensure that everyone in our organization has the information they need to operate efficiently. And I’ll say again, if you believe that the success of your organization depends on the collective ability of everyone in that organization to actually make good decisions, and I’m not talking about the most strategic decisions only.

On a daily basis, probably even more importantly, everybody that’s carrying out activities in that business, if you believe that those people doing their job efficiently is key to your business’ success. Then how important is it to make sure they have the information they need to do their job efficiently?

I would also say that people are generally much happier when they don’t have to guess, when they’re armed with the tools and the information, they need to do their job efficiently. People are happier. I genuinely believe that.

Tableau, I think hit the nail on the head. It is much more than a specific thing, meaning it’s not a tool, it’s not a technology, it’s not a data warehousing method, it’s none of those things. It’s the process of making sure people have the information they need to operate efficiently, specifically to make good decisions.

But from my perspective, it’s important that we clarify the term, business intelligence. And again, this came top of mind while attending conferences and talking to people. It’s clear that we don’t have a common understanding of what this term means. I don’t think that anybody is confused about the goal, however. 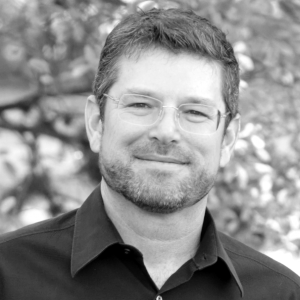